Whether you’re a complete novice, a seasoned player, learning how to play an accordion melody will be a lot of fun! Especially if you start out with the right beginner accordion songs.

This article is an overview of easy songs to grasp and perform on an accordion.

Is It Hard To Learn How To Play On An Accordion?

If you are wondering how to get started, try using an app from the Google Play Store (hey, you don’t have to login for most apps). The app caters to all levels and includes an extensive sheet music collection and lessons that you can play on your accordion.
The Accordion Online Academy has also developed a free and easy-to-use 30-minute accordion course taught by acclaimed accordion players.

How Do I Get Started With Accordion? 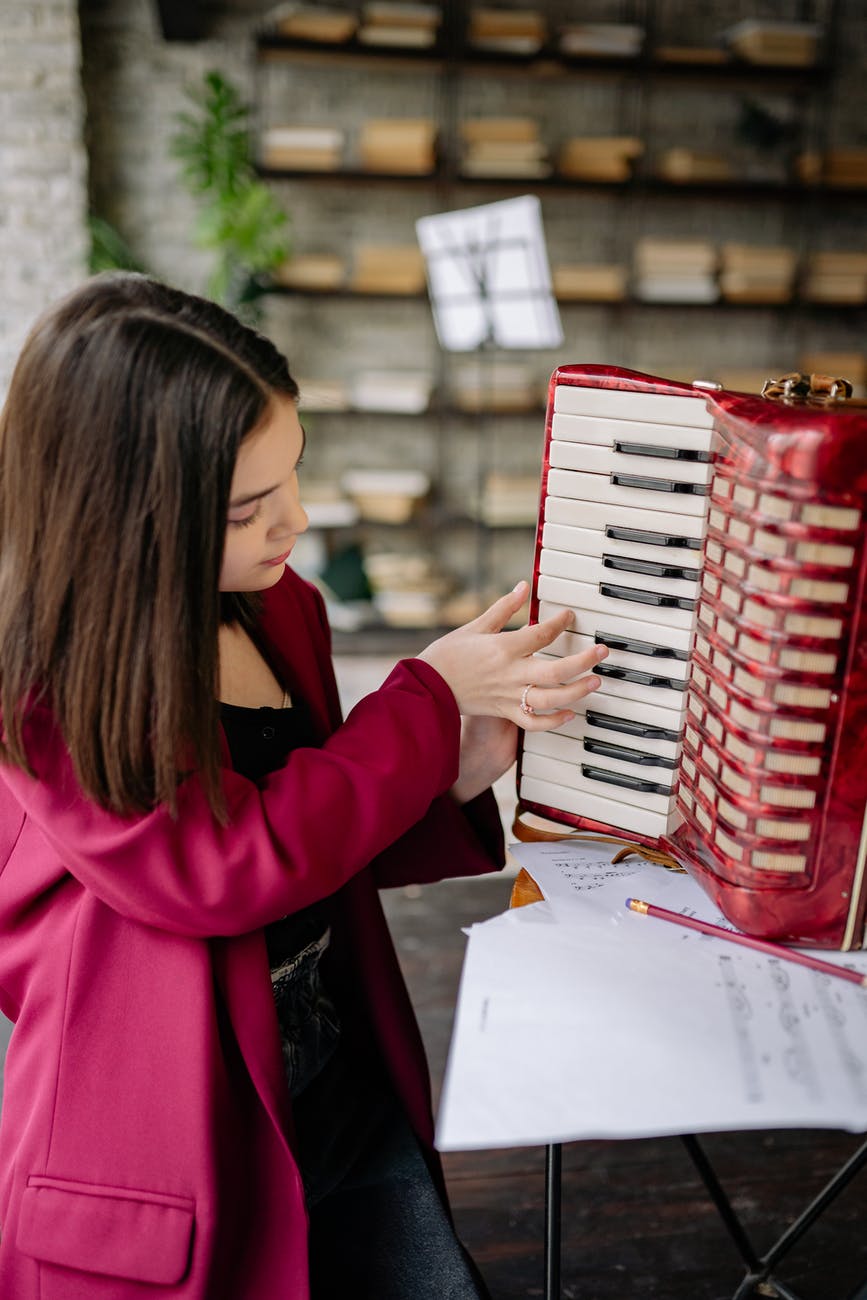 To start off with an accordion you could enroll in a learners’ class, shop around and buy an accordion and then work through some beginner’s books, tips or start with an easy to listen to app till you master the instrument.
If you already have an accordion, you’ll find many resources online that’ll help you know more about the accordion and take out the guess work. There are also good books, for example the Accordion Course by Palmer-Hughes.

Beginner Songs That You Can Play On The Accordion

Here are a few songs that are ideal for learning how to play the accordion. They’re all easy to play and include some fun melodies and tunes.

The tune Lady of Spain has been around since it was composed by Tolchard Evans in 1931. The lyrics of the song are in English, and the music is easy to play on an accordion, and easy on your fingers too.
Video: 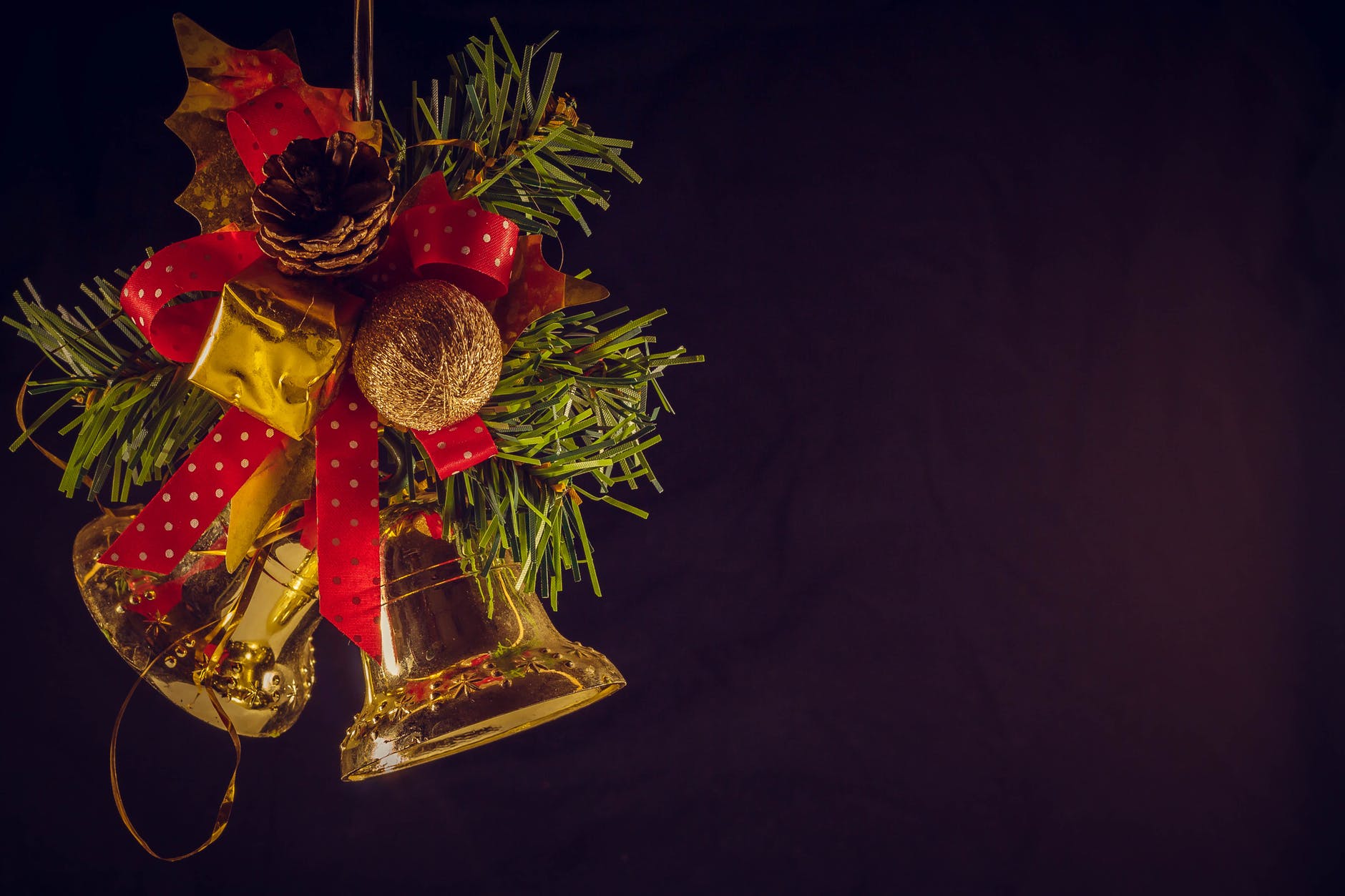 Jingle Bells is another melody that is a bit easy to grasp and playing on the accordion is fun. The tune is well-known, and many versions of it, including a Christmas version.
James Pierpont composed Jingle Bells. He was a prolific American composer and songwriter. He also wrote one of the popular songs that has fancy tags, “Ring the Bell, Fanny.”
Video link:

Farewell to Novia Scotia (among the must know popular standards) is a popular folk song from Nova Scotia province in Canada. In Scotland, it was originally a lament written by Robert Tannahill. Learning how to play this song is a great way to know the accordion.
Video: 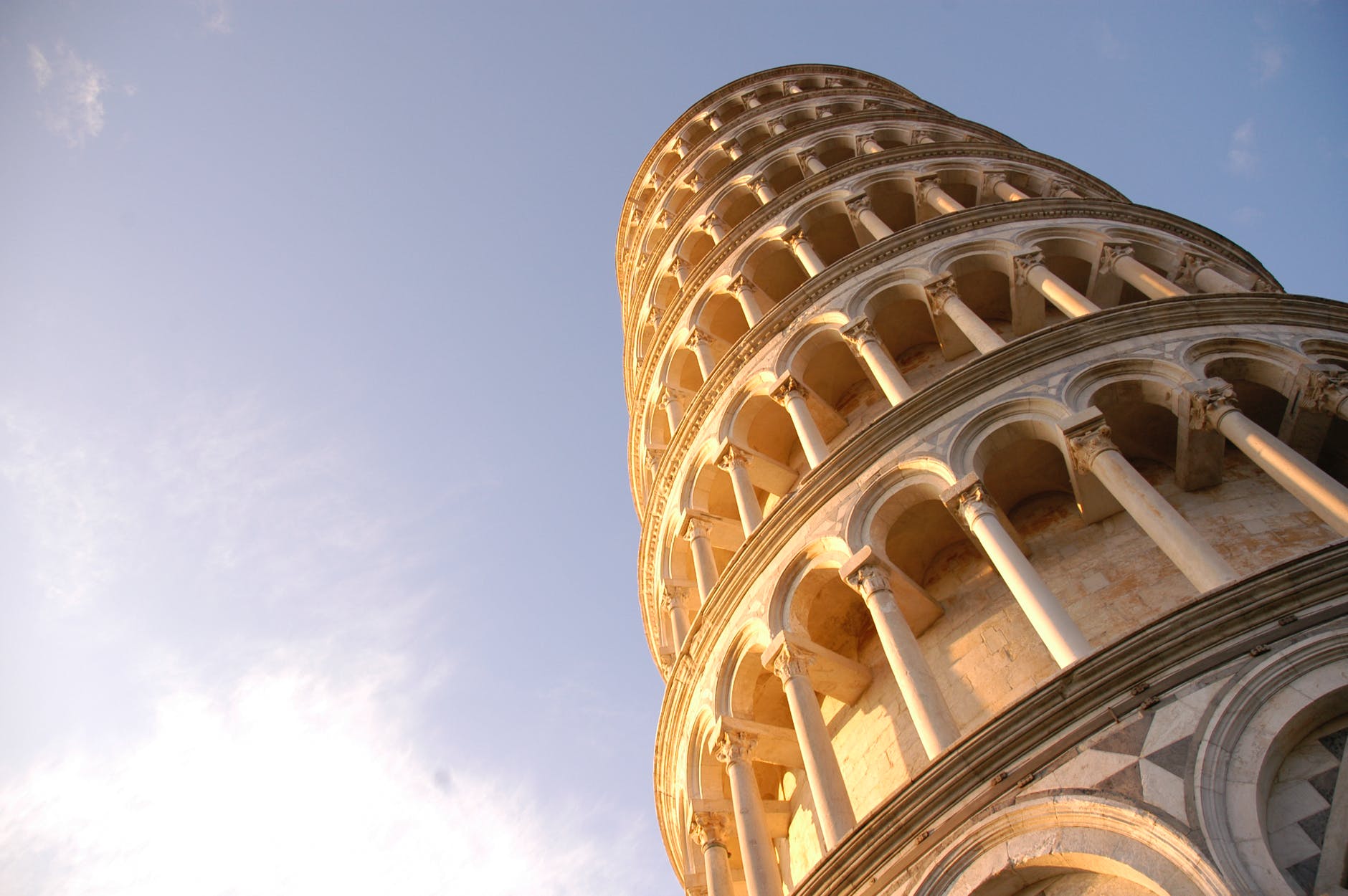 Astor Piazzolla’s Libertango was initially recorded in 1974 in Italy, but since then has been re-released in various configurations that includes lyrics over the years.

The original composition included an accordion, piano, violin, cello, and guitar. You can learn Libertango milord moon river by using an app or learning the melody first and then the chords.

Tennessee Valse is another well known song that you can play on your accordion. It was written in 1946 by Redd Stewart, and the music is by Pee Wee King. It was released in 1948 and became a hit.

It is a very popular song (you’ll need to read sheet music) often done in a jazzy style. It’s a good song for learning the accordion and easy to sing along too.

Silver Threads Among the Gold 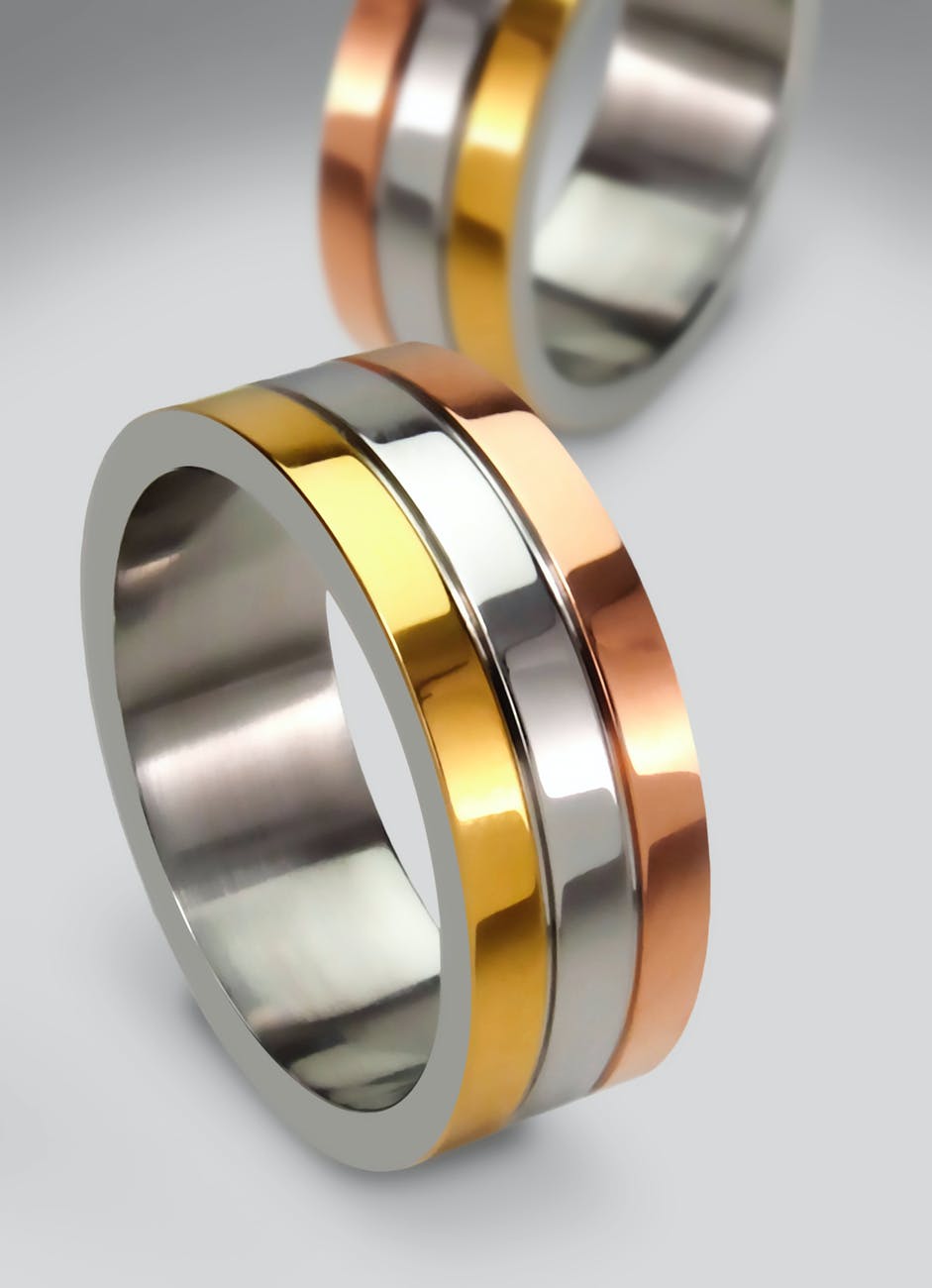 The music is by Hart Danks, while the libretto was composed by Eben Rexford. This song has an easy format and is usually played in a slow tempo, and can be played at a fast pace too.

This song is a great introduction to the instrument for accordion learners, and the chords are simple to grasp even without sheet music.

Last Night, I Had the Strangest Dream

Ed McCurdy wrote it in 1950. The libretto is in English, and the song is about the 1950s when accordions were popular.
It’s a good song, a great note and the accordion version sounds very different from the piano version.

Norman Blake produced this song in 1976 under the Rounder label. It is an excellent song for learners because it is effortless and can be performed on keyboard keys, although the accordion music sounds much more appealing.

The Neapolitan version of the song, “O Sole Mio,” is one of the most well-known songs. It was written in 1898 by Italian lyricist and composer Giovanni Capurro with music by Eduardo Di Capua and Alfredo Mazzucchi.

The song is among the catchy folk songs with good notes that are easy to learn on the accordion. To learn it well enough, read music sheet first, hear it over and over to ace the chords.

This tune dates back to 1925, and was composed by Pinkard M. and Bernie Ben, while Casey Kenneth wrote the lyrics. It quickly became a hit with the Globetrotters basketball team who made it their theme song.

The piece has great notes, joy and a happy rhythm (sounds more like an Indian love song) and is a good introduction to playing and mastering the instrument. 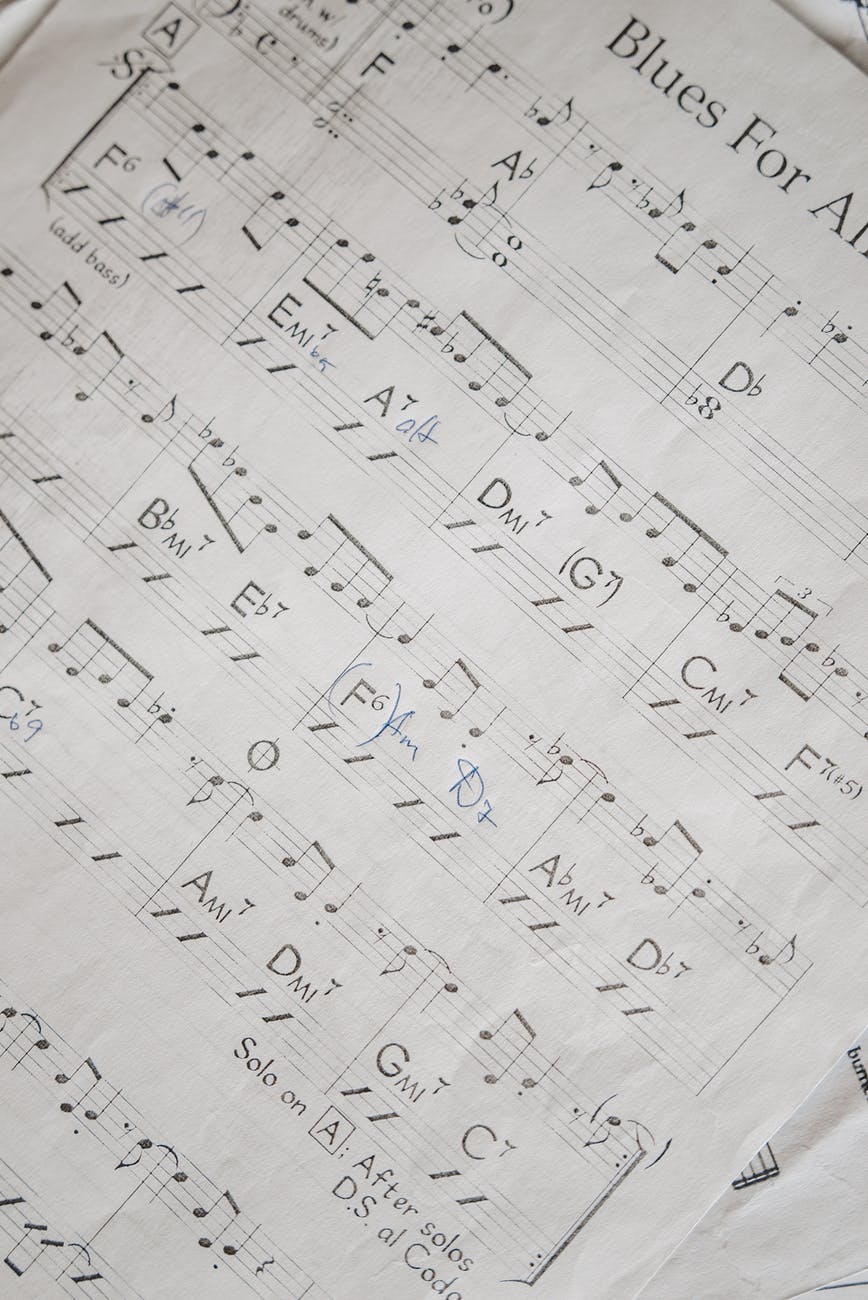 These recordings are some of the most popular to be skillful at the accordion (great for right hand or left buttons) :

Why Start With Beginner Folk Songs? 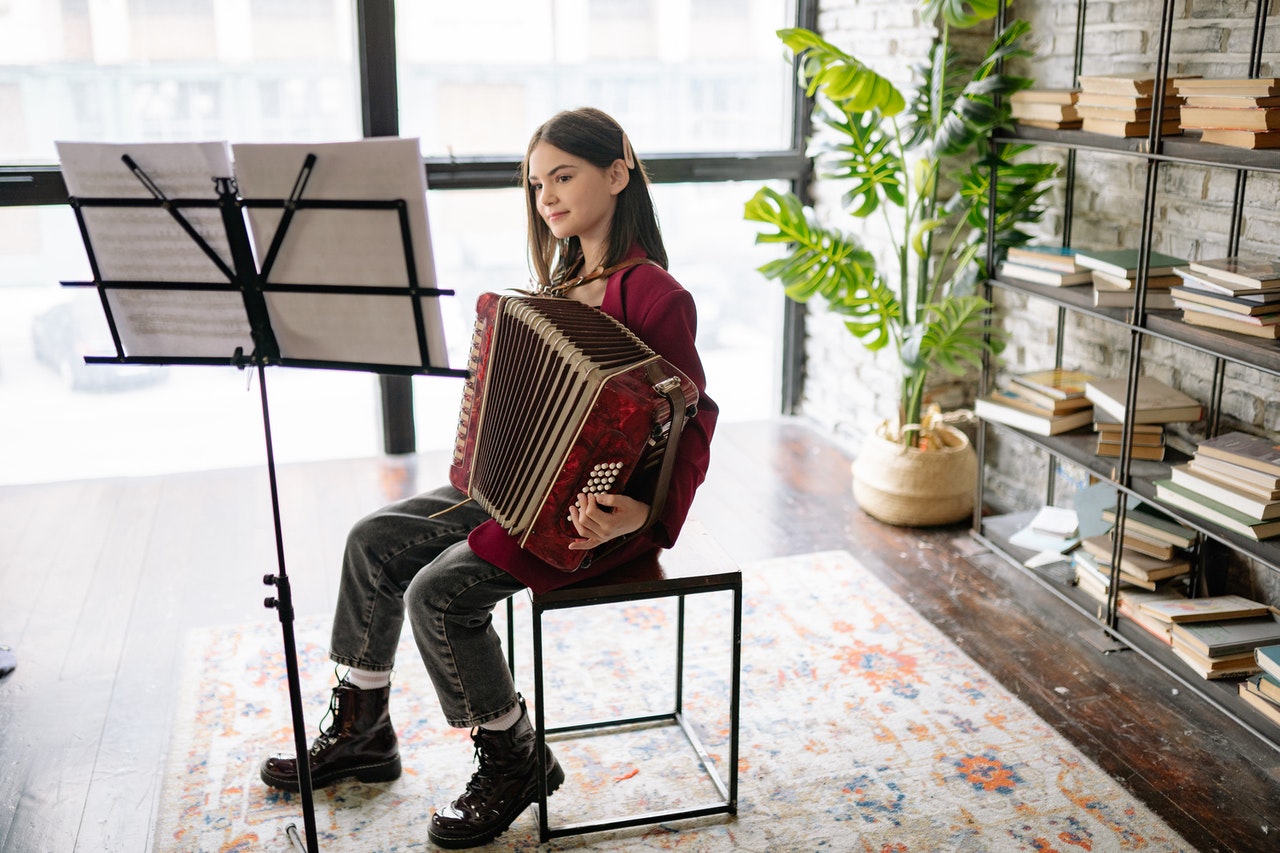 These folk songs are fun and will get you started. Playing them will help you learn the accordion faster. When you practice the songs and implement the tips, you will get better at the accordion and start playing with ease.

Learning a song will give you a great deal of exposure and having mastered the skill, you will sound better. Playing the song over and over again will help you develop your skills.

The Final Word on Accordion Songs for Beginners

Learning the accordion is easy and fun. There are many different styles and tones to choose from, so you can choose a song that you like and play it repeatedly. The only thing you need is a good teacher.

You can also have a look at songs on YouTube (watching videos) and play them on your accordion. It’s a great way to grasp the songs and to practice the tunes.