One of these is the bandoneon, which looks like an accordion.

In what aspects are they different? Read this post and learn all about the difference of bandoneon vs. accordion.

What does bandoneon mean in English? 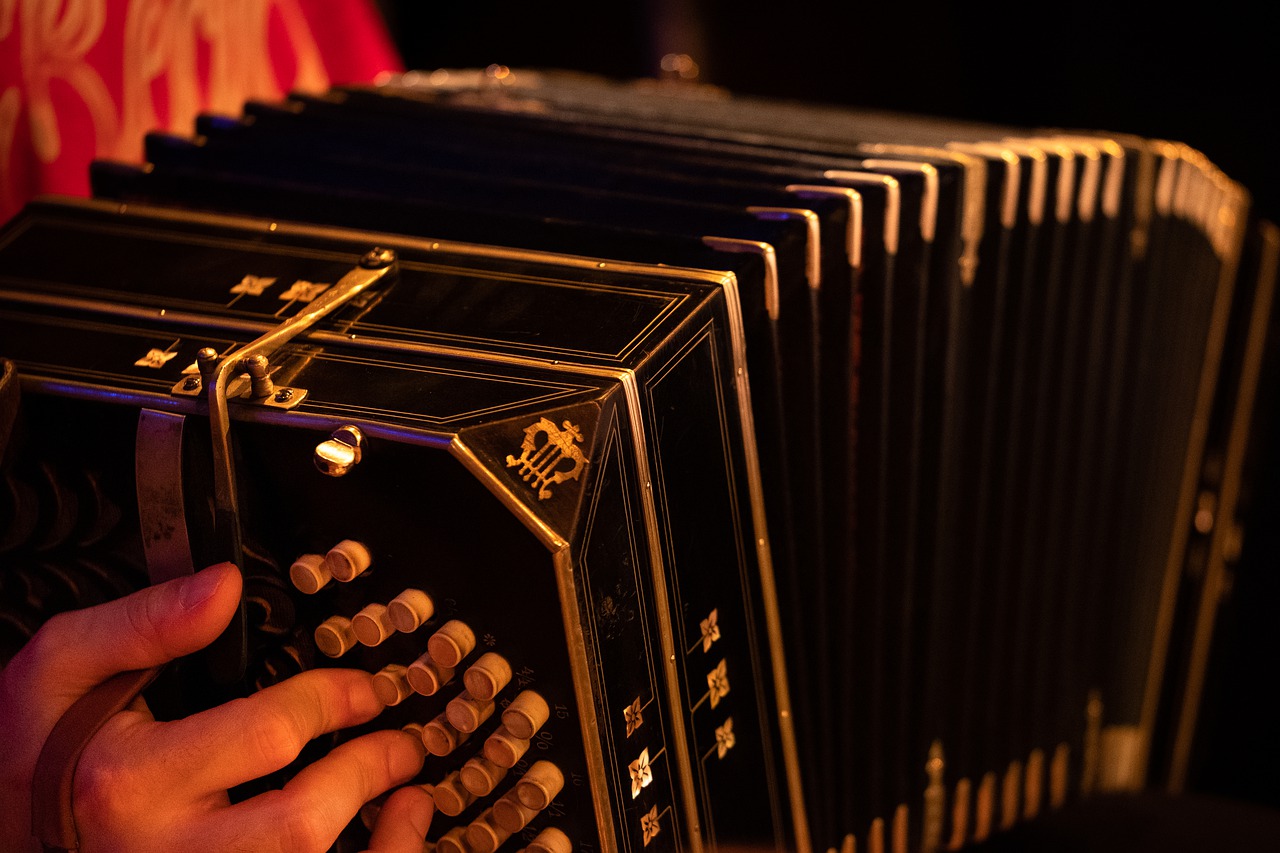 The name bandoneon or bandonion came from its inventor’s name, Band. The infix “on” is from harmonika (German) or harmonica. The suffix “ion or eon” is for accordion.

The bandoneon is a small, square bellow-driven instrument.

The accordion and bandoneon are squeezeboxes. Their bellows suck in the air pushes it out creating sounds.

Where did the bandoneon come from?

Let first look at the concertina.

Concertina in Germany is very popular in folk music and traditional tunes.

Concertina uses a number of systems when it comes to the range:

Now, let us go back to the bandoneon.

Heinrich Band was a well-known inventor and dealer of musical instruments in the 19th century. He played the concertina among other instruments but found that it was too limited. There are only a few notes and chords available.

He wanted to improve the concertina and make it more flexible. Band ended up creating the first bandoneon.

Some Germans went abroad and took their instruments along with them. They settled in parts of South America like Argentina and Uruguay.

The sound of this exotic musical instrument from Germany bonded well with the local music.

Where did the accordion come from? 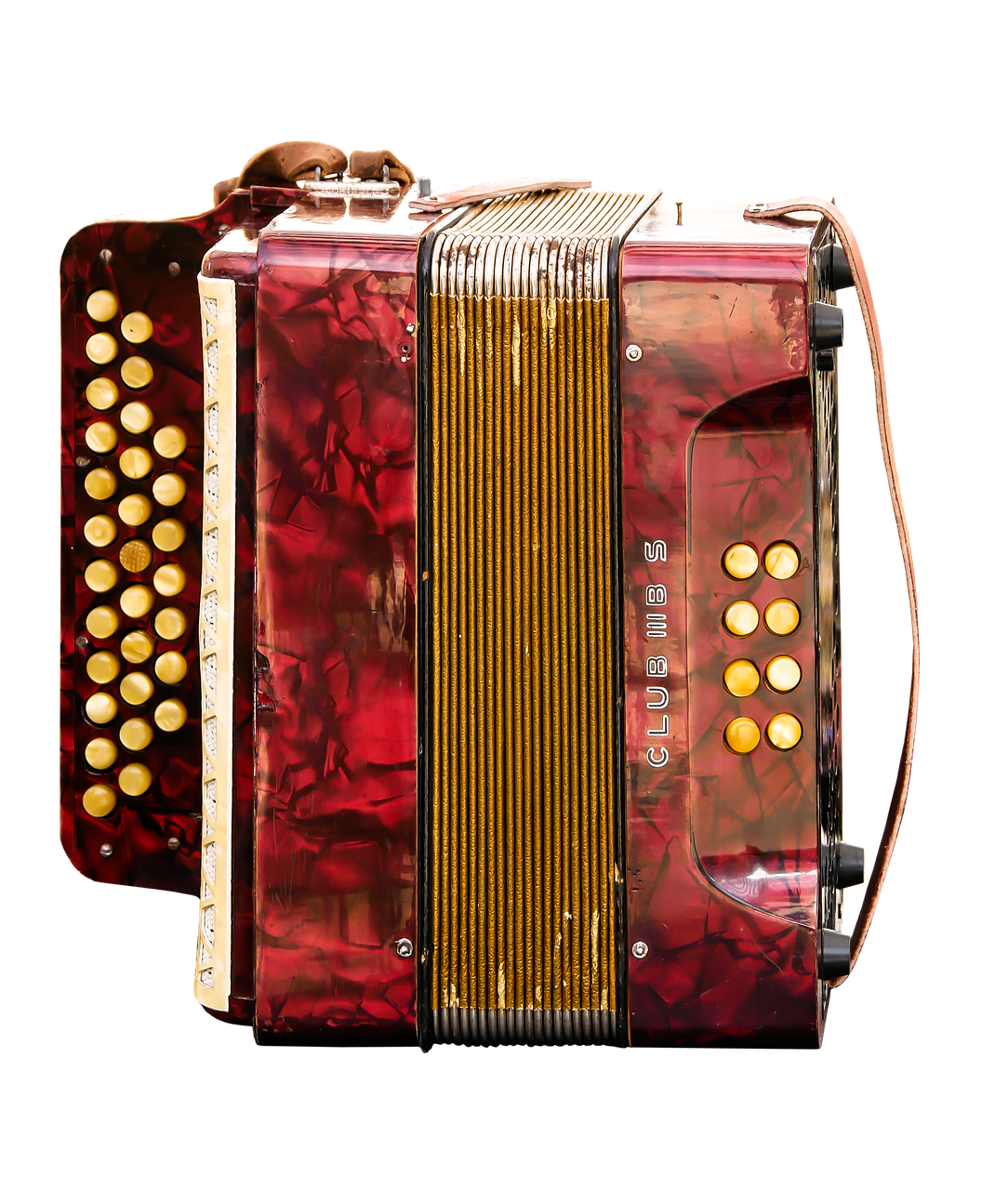 It was in the 1800s that the accordion made an appearance.

Accordion to a historical post, C. Friedrich L. Buschmann patented the accordion under the name Handäoline. Seven years later, in Vienna, Cyril Demain made a similar instrument and patented it with the name accordion.

It coined the term that we use to this day. His invention has small bellows and lesser keys. Even so, most credit Buschmann for the accordions.

Although there is no concrete historical evidence, a post says the Russians claim ownership of the accordion.

Bandoneon vs. accordion: Kind of Reeds

Reeds are one of the things that bridge the gap between bandoneon vs. accordion. They use free reeds.

Reeds are strips of metal (sometimes plastic or wood) placed in slots. Reed valves cover the hole on top. The valves vibrate and create sound as air passes.

Bandoneon vs. accordion: Difference in appearance

It is easy to spot the difference of bandoneon vs. accordion even though both have bellows and have a similar sound.

Bandoneons are small and square. Their frames have ornate details with notes of South American designs.

Also, accordions are big and rectangular, and the bandoneon is square. The latter has ornate details and designs associated with South America. But, the former is more of a classic Italian design.

In terms of the parts of bandoneon vs. accordion, all bandoneons use sets of buttons. But the accordion has a small piano keyboard on the right. But unlike the piano or organ that is played with the keys facing up.

Bandoneon vs. accordion: Method of playing

Because they are small, musicians can play the bandoneon on their knees.

Musicians can also play the accordion while sitting down. But most of the time, musicians use back straps and shoulder straps. This is one difference of bandoneon vs. accordion

What are the types of Bandoneons? 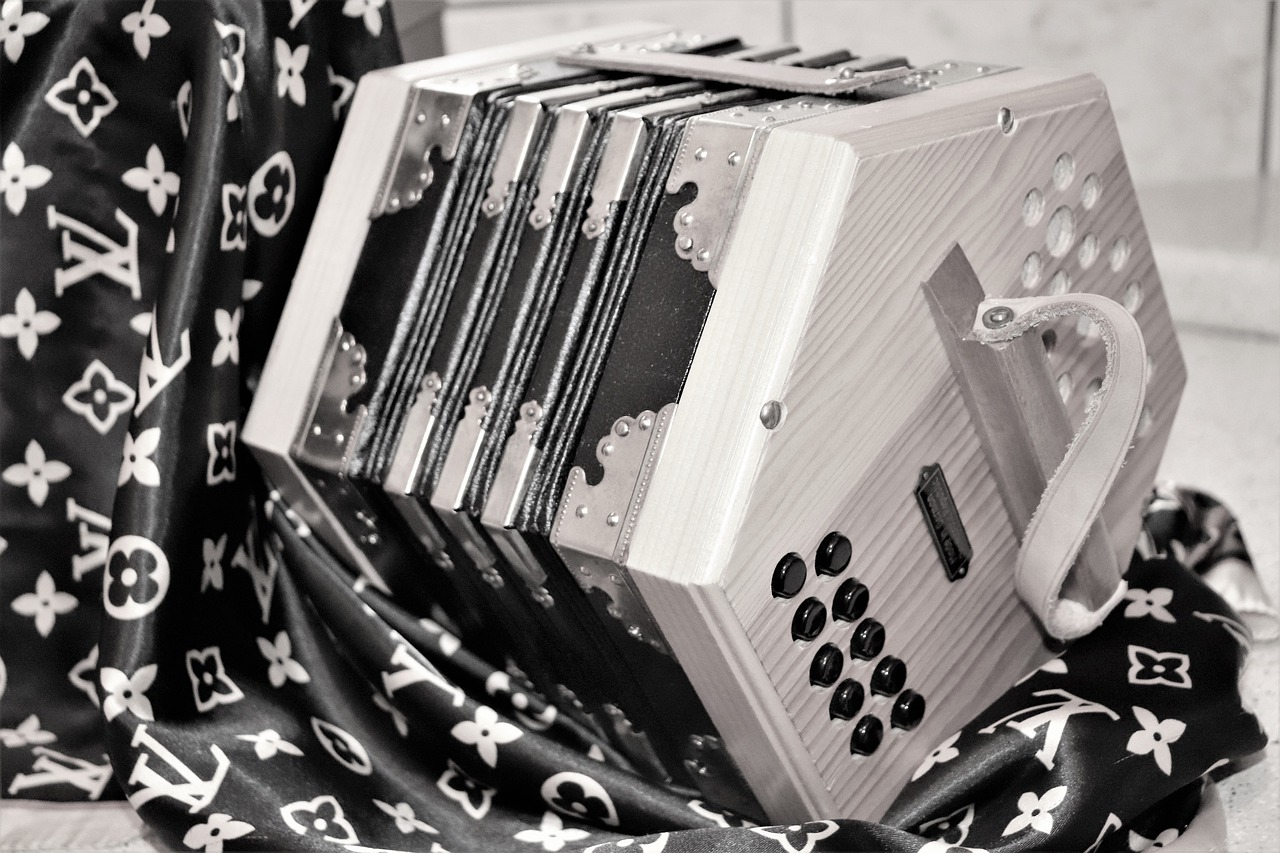 France and Germany created many versions of the bandoneon. They have different layouts, and some have more buttons than others.

On the treble side, the B key is at the top, followed by A below. The key C is three octaves lower (middle) and followed by A.

On the left side (bass), A key also seats at that top, followed by C in the middle. Below is another C (two octaves lower) and then B.

The Bandoneon became popular in Argentina because of the tango, a local style of music and dance. The tango and the bandoneon were an extraordinary pairing.

It is chromatic with seventy-one buttons tuned in octaves.

The tango version does not have switches. It means that the reeds have a fixed range.

The switches enable the reeds to switch from one register to another. The tuning is also dependent t on the available switches of the instrument.

Accordions have two main types. These are different in appearance, and range, and other musical aspects.

What are the types of Accordions? 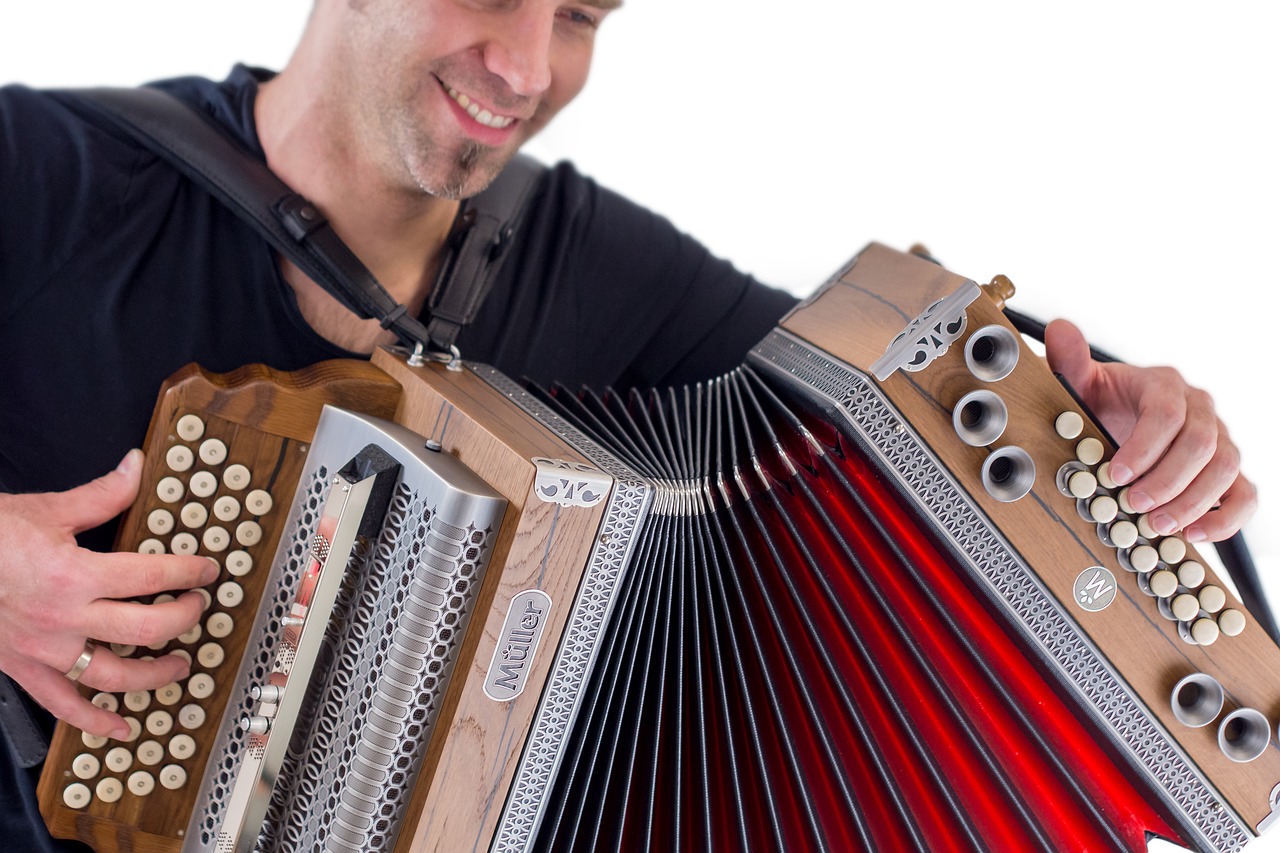 The first type are button accordions. It has the following characteristics:

The chromatic buttons on the left produce the bass notes. While those on the right play the melody of the sound.

The second type of this instrument is the piano accordion.

The piano accordion has the following characteristics:

Both free-reed instruments were created in the 1800s and became popular in the middle of the 20th century. Here is a brief story about their glory days.

Bandoneon and the Tango Music

European settlers in South America mixed the African rhythms with their traditional tango music. The result was a new unique, and beautiful style of modern music.

The tango and the bandoneon made each other known to the world. It became a culture in South America and spread to North America and Spain. In Argentina, it’s called the Tango Argentino.

Like the bandoneon in Argentina, the accordion took over San Francisco.

Italian families who settled there started manufacturing the instrument, and soon it became the center of accordion trade. Though, there are still accordion companies in Germany, France, and Italy.

Bandoneon vs. accordion: what styles of music are they suited for? 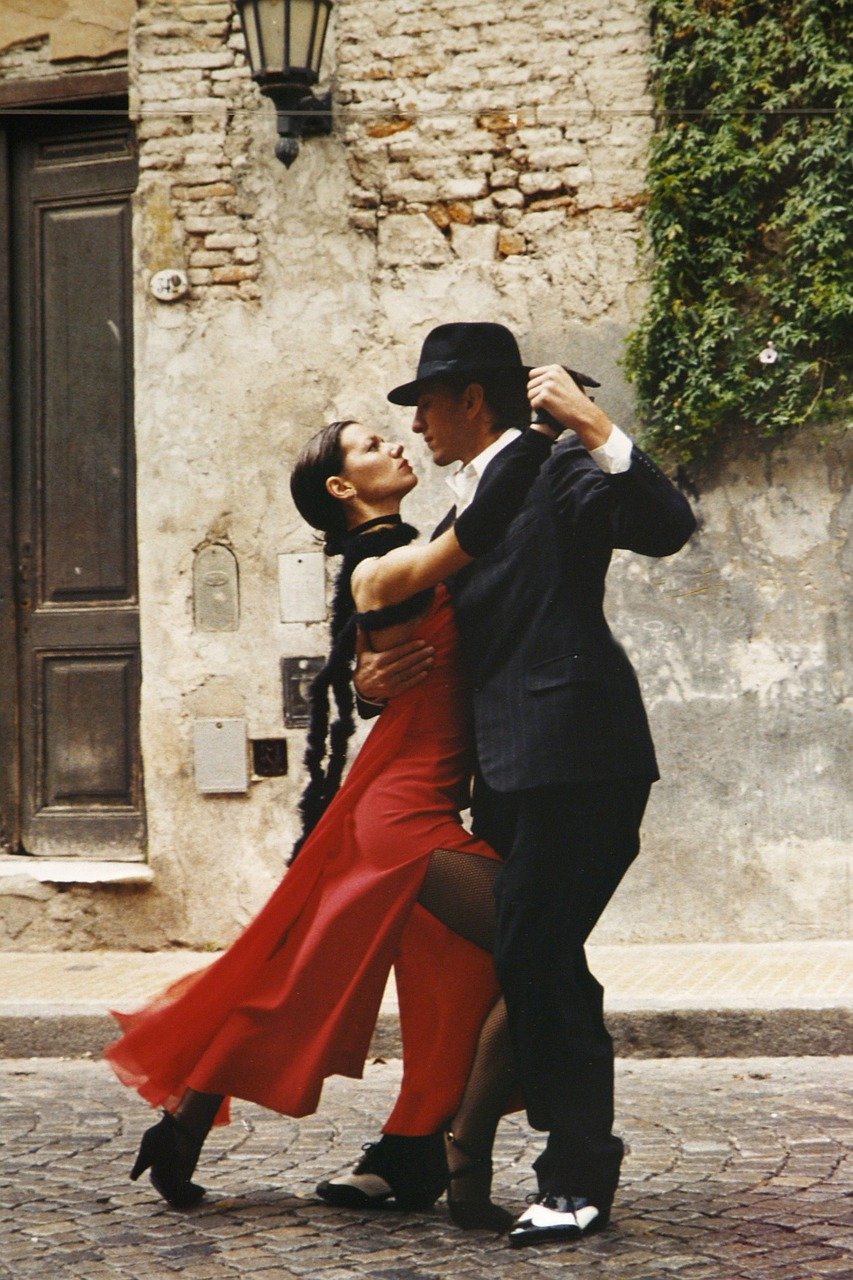 These free-reed instruments are perfect for:

The bandoneon, in particular, works well with tango music.

The accordion but is suited for jazz and Scottish music.

In Argentina, Piazzolla is known as the king of tango and the bandoneon.

He is a popular accordionist on US television.

He would play the accordion every Saturday. Like Piazolla, he invented a new approach to jazz music. He also released successful singles that are popular even to this modern century. 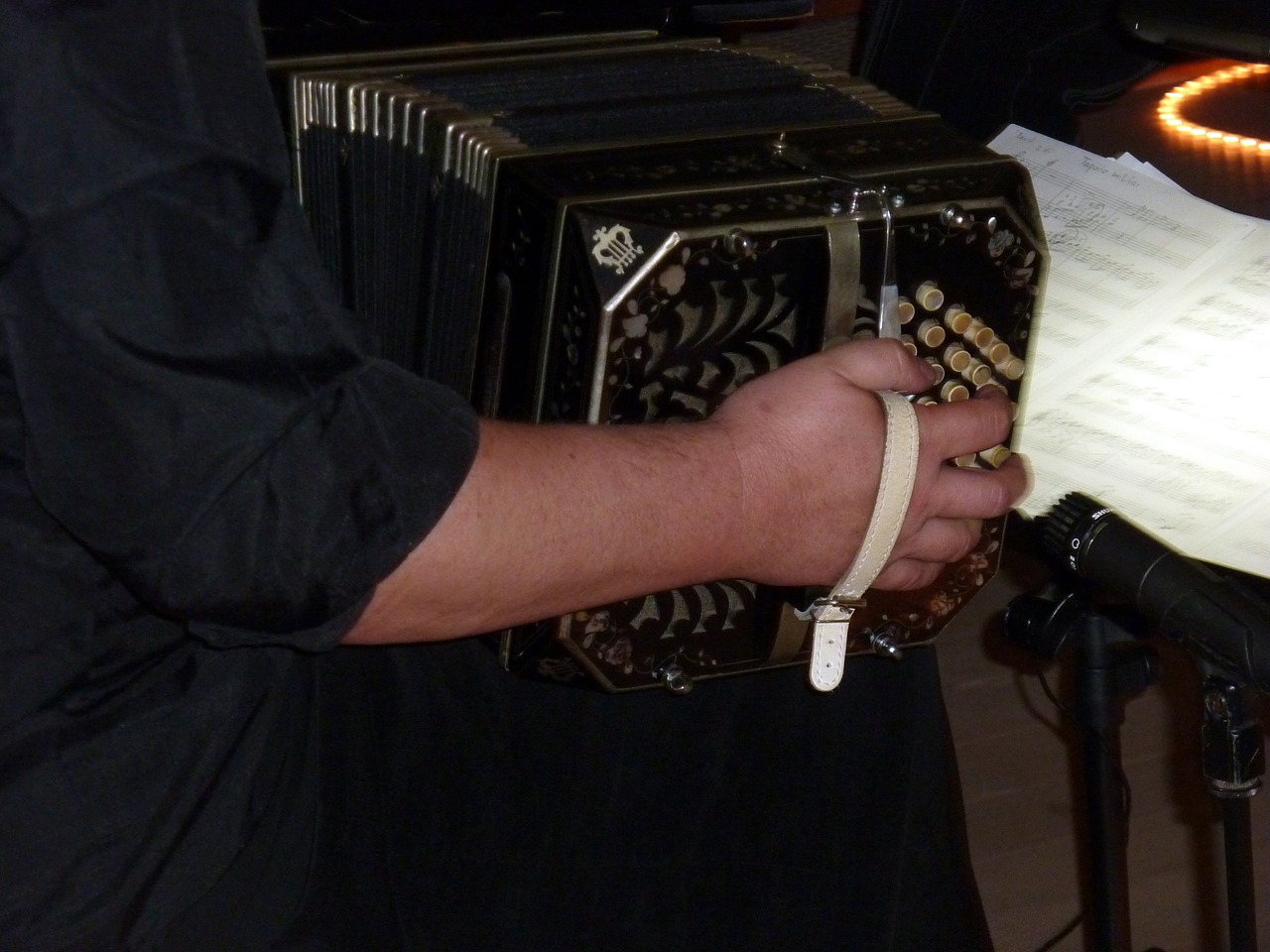 The debate between bandoneon vs. accordion has many aspects. The accordion and the bandoneon trace their roots in Germany in the 19th century. Oddly enough, bandoneons became known in Uruguay and Argentina, while accordions were known in San Francisco.

These free-reed instruments are played using the hands and driven by bellows. The name comes from the reed that is free to move and let air through. Concertinas are also bellow-driven instruments similar to a bandoneon.

Bandoneons and accordions are suited for several styles of music like traditional and classical music.

Additionally, the accordion can either be chromatic or diatonic, while the bandoneon is unisonoric or bisonoric. It can reach different octaves.

Lastly, their sound is both mellow and soulful.